I find myself in a unique position when it comes to New Covenant Academy  (my high school alma mater).

You can say pretty much that I’ve been involved with NCA in some fashion just about my entire life.

It will be 19 years ago that I graduated this spring. That’s crazy! I still remember things like my 6th grade trip to Mt. Zion Retreat Center, which was a highlight of all of elementary school it seems like. Playing soccer and basketball, something I would never had had a shot of doing at a public school, since I’m not really a baller 🙂

NCA more than prepared me for college. I was way ahead of some of my classmates my first year in college, no thanks in small part to my Spanish teacher, that would be my mom 🙂

That all being said, I’m writing today to share an exciting opportunity the school is pursuing.

We’re running out of space (which is a good problem to have), and we’re looking to make some changes as far as adding additional space for Pre-K and Kindergarten, which will then allow for some other changes throughout the school as far as layout and optimal use of space is concerned. We would be upgrading our science lab and also placing offices in a more prominent and secure location.

It’s quite the undertaking.

Here is an idea of how the layout of the changes would look. 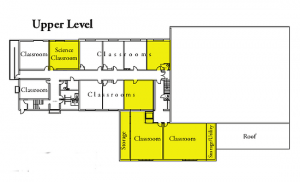 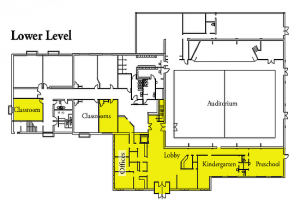 And a small render of what the front would look like.

As things stand today, the remainder of the balance on the project is $750,000, and we won’t do the project without 100% of the funds being supplied.

Here’s where you might be able to lend a hand. We’ve recently launched an online giving campaign!

Check out The Living Tree Campaign, and consider whether you would like to get involved in this project that will make an impact on the lives of children for years to come!